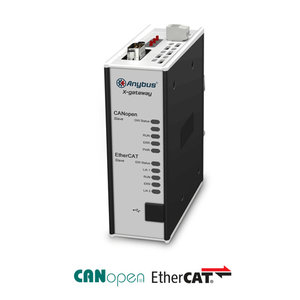 Add to comparison Add your review

With this, you can quickly and easily integrate a CANopen network into another network without the need to have knowledge of programming.

Fast and powerful network.
The X-gateway acts as a translator between a CANopen network and the other industrial network. The primary focus is the fast transfer of cyclical I / O data between CANopen and the other selected network (approx. 5ms). With the CANopen Master / Client functionality, the X-gateway eliminates the need for another CANopen client / master on the CANopen side and thus helps reduce infrastructure costs.

0 stars based on 0 reviews Add your review